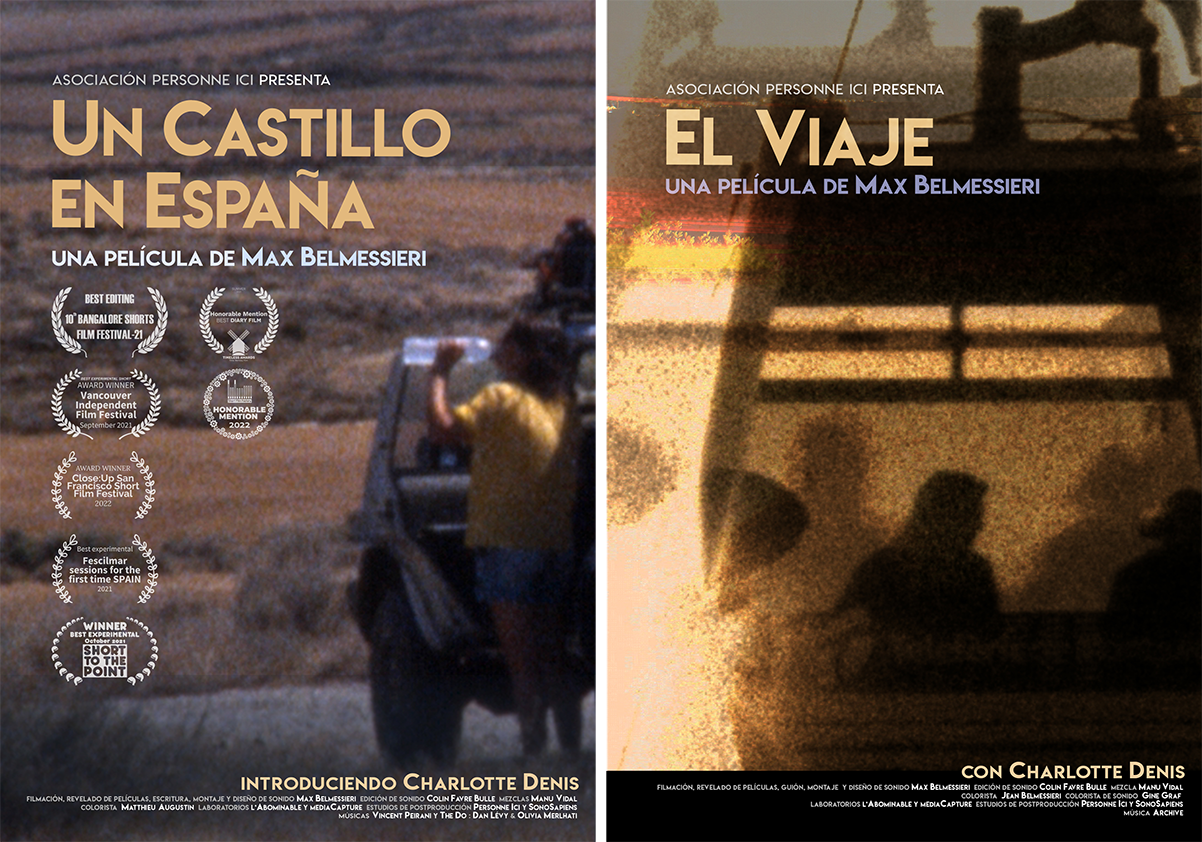 Carlota Cortés was born in 2016, from Super 8 filmed during a first trip to Spain with my partner Charlotte Denis. I filmed or not, depending on the mood, the places, the light... When the shots were taken, these images had no narrative meaning, they were des souvenirs.

Over the years, I have had the desire to edit these silent images.

During the editing, the meaning emerges in an incessant back and forth. First, I write what I see on the editing bench, I cut as little as possible, I assemble, I shift, then I confront the timeline and the script, I rewrite and I edit without ever imposing "who is in charge who". Very quickly, there are also sound effects and atmospheres, sometimes diegetic, other times in opposition to the scene, which from time to time gives the images a completely unexpected depth.

I try to see – in the sense of seeing, hearing and writing – what is between the images.

Even later, giving a voice to the character became essential. Carlota was for me of Spanish nationality. When I told my friend José about it, he immediately thought of Angelita. Meeting the voice of Angeles Molina Garcia was artistic love at first sight: she brought Carlota to life!

In the end, if there is a film, it is undeniably an experimental film but also a narrative film, since there is a dialogue script with it, the latest versions of which are invariably delivered to the harsh criticism of my screenwriter friend Nicolas Barbey.

Found footage is editing images found in a trash can and giving them a meaning that is not the one for which they were shot.

I would like to call these cinematographic experiments… “Self-found-footage”.